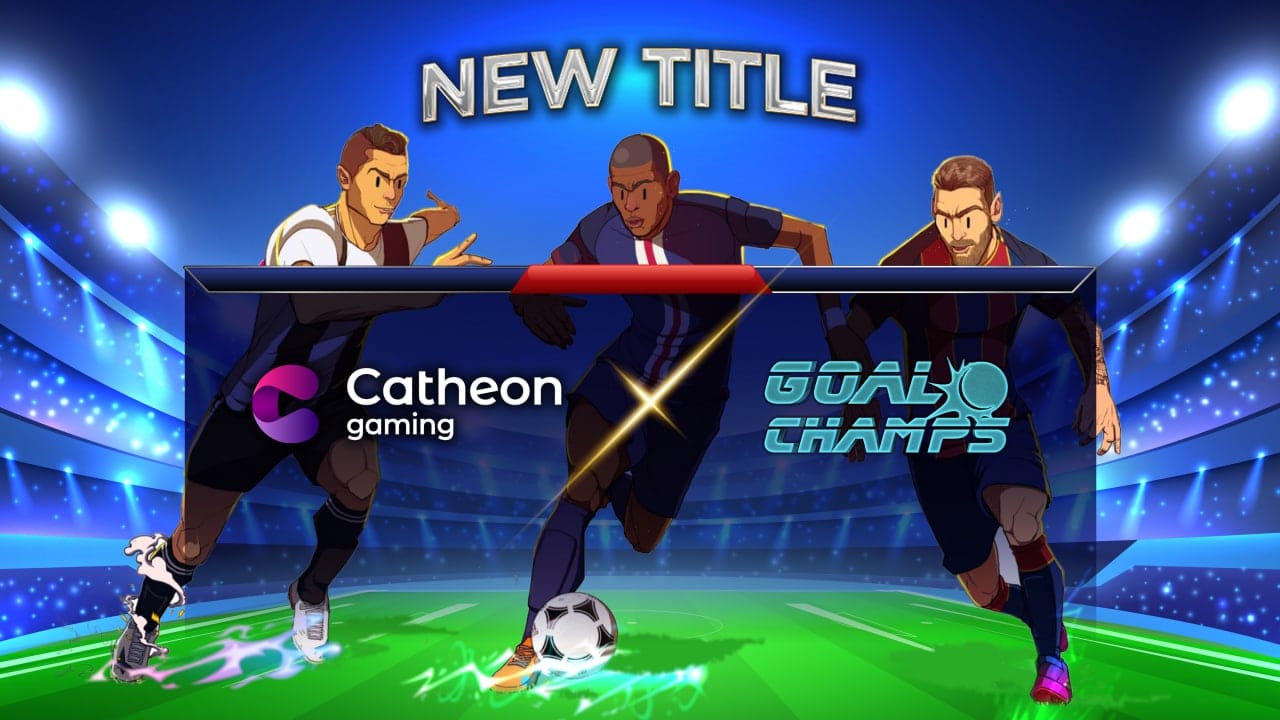 Based on real physics, Goal Champs is a stylized, action football game developed by Team Battle Sports,  one of Asia’s leading action sports game studios, and is playable on iOS and Android devices. Development of the game began in early 2020, gameplay and tactics are similar to real football, but adapted for the game’s mobile setting and illustrated in manga/anime style. The game has both PVE and PVP modes and includes a story mode, single matches, tournaments, seasons, and daily quests to suit every player’s need.

Goal Champs is uniquely positioned to tap into multiple major markets: (1) mobile football games; (2) blockchain/“compete-to-earn” games; and (3) eSports.  Sports game is one of the most popular games genres of all time, and the top two mobile football games have been downloaded over 100 Million times. The total revenue in the Sport Games segment is projected to reach US$12.74bn in 2022.

The TBS team is the studio behind Fever Football and Fever Basketball, two of the most popular mobile action football games in Asia. The studio has combined over a century of experience in developing easy-to-pickup, skill-based multiplayer F2P action sports games that appeal to casual, mid-core and core audiences. Their game portfolio has been ranked No.2 on China AppStore’s free game category, and has achieved a total download of 4.82 Million and a lifetime gross income of all titles more than 100M.

Catheon Gaming actively searches the market for quality games with high entertainment value to bring onto the blockchain. From SolChicks, Seoul Stars, Angrymals and Aotuverse to the recently announced Goal Champs and Prajna Gate, the company’s portfolio has grown from one to nine titles in less than 6 months. The company is expected to reach 15 game titles by the end of the quarter.

William Wu, Founder of Catheon Gaming said: “We are proud to bring Goal Champ onboard to Catheon Gaming as the world’s first ‘compete-to-earn’ football game. The company strives to build the most diversified blockchain game portfolio in the market, in order to achieve our vision of revolutionizing the way people play, live and earn. The partnership with TBS will expand our horizon and help facilitate our long-term vision.”

Team Battle Sports commented: “Our team is glad to have the opportunity to work with Catheon Gaming. The partnership provides us with enormous resources and expertise in converting our game onto the blockchain. We are confident that Goal Champs will follow the footsteps of our previous sport titles and become a successful hit amongst the Web3 community.”