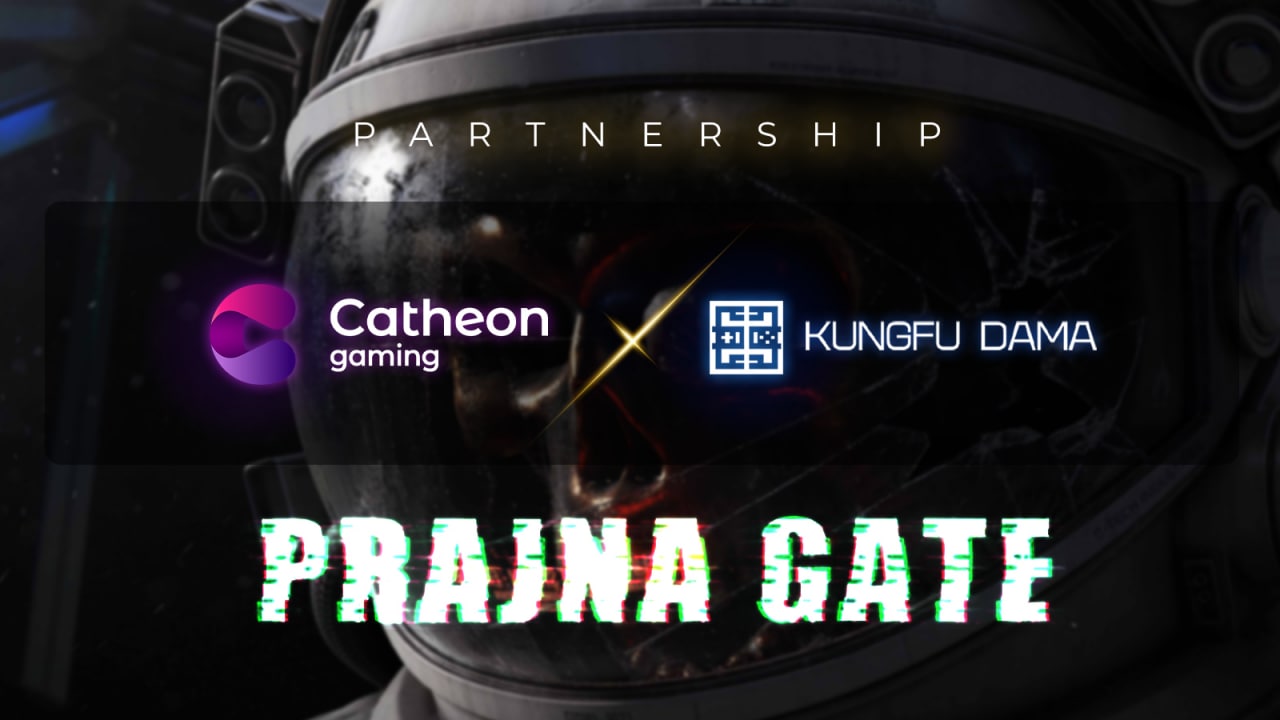 Catheon Gaming (“the Company”), the fastest-growing integrated blockchain gaming & entertainment company, announced today an industry partnership with leading Chinese game developer Kungfu Dama to bring 2 of their AAA titles, Prajna Gate and Prajna Metaverse, to the blockchain. Catheon Gaming will bring its deep expertise and network in blockchain, NFTs, gaming and Web3 to assist Kungfu Dama in bringing its premier game titles to the blockchain.

Purpose-built by a best-in-class development team for the blockchain, Prajna Gate is the first Unreal Engine 5 (“UE5”) multiplayer horror shooting game on the blockchain. The trailblazing AAA game title brings the next generation of the beloved First-Person-Shooter (“FPS”) and horror gaming genres to the blockchain. Set in a post-apocalyptic earth, players battle mutant monsters with fully customizable weapons, which users can own as NFTs, in campaign and multiplayer PVP modes.

The partnership will also involve Prajna Metaverse, an exciting 3D metaverse that integrates social networking, entertainment, gaming and community. The Prajna Metaverse offers exciting opportunities for players to explore a never-before-seen futuristic world, meet other players and own a wide range of virtual assets.

With a combined 95 years of experience, Kungfu Dama’s 14-person team is one of China’s leading Unreal Engine 5 development teams. Its core team has extensive experience in game development covering MMORPG, 3D titles, VR, and PC. They have also been part of several AAA titles, notably Silent Hill: Homecoming and Alone in the Dark: Near Death Investigation, uniquely positioning them to deliver a truly spine-chilling experience for users.

William Wu, Founder of Catheon Gaming commented: “The horror FPS genre has historically been extremely successful with a plethora of blockbuster titles regularly released. Prajna Gate carves its own unique take on the genre and would have been a successful game even without blockchain integration. Being carefully designed to be blockchain compatible and with a metaverse component from the beginning, we believe Prajna Gate is in an unparalleled position to take the blockchain gaming space by storm. Catheon Gaming is proud to be partnering with Prajna Gate to help bring their flagship AAA title to the next level and be a part of yet another milestone in the industry.”

Lu Zhenhua, Founder of Kungfu Dama said: “Prajna Gate is the product of countless hours of hard work by all of us at Kungfu Dama and we are extremely excited to be able to bring it to the world stage. Drawing from a combined 95 years of experience, we are developing a fun-filled and truly exhilarating game experience to the market. We are extremely excited to be working with Catheon Gaming to ensure a smooth onboarding to the decentralised world globally. Working together, we hope that our users will enjoy a truly immersive experience, which will make them true fans of Prajna Gate.”

Kungu Dama team is one of China’s leading Unreal Engine 5 development teams with a combined 95 years of gaming industry experience. With significant experience developing flagship AAA titles, they aim to create the next generation of blockbuster games for all users, including those in the Web3 space globally. The team is fully committed to the development of Prajna Gate and looking forward to creating a full ecosystem and beloved franchise.