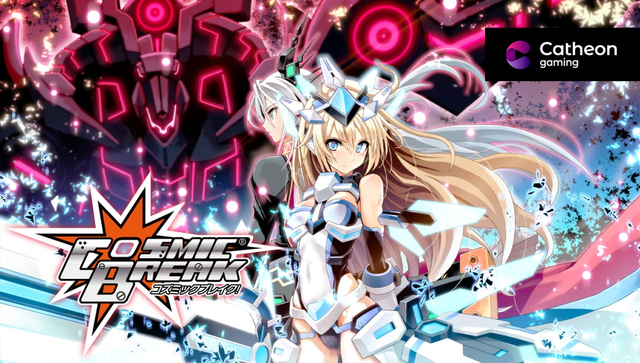 Cosmic Break, an anime-style 3D MMO third-person shooter and is a Free-to-Play MMO Battle Shooting Game where players can enjoy large-scale Player Versus Player battles, and also cooperate with friends to defeat bosses in Player Versus Environment modes. Released in 2008, Cosmic Break features high-speed and exhilarating battle gameplay, gaining many core fans as a long-lasting PC online game title with over 12 years of service and a total of over 4 million players.

Catheon Gaming is bringing its deep expertise and network to support blockchain integration, NFT design, game economics, and Web3 transitioning to assist CyberStep in creating new products and services that will amplify digital fandom around the franchise and game. Not only this, the partnership between both will help drive existing users to the Cosmic blockchain, allowing for seamless interaction and engagement with the game.

The global anime market size was valued at USD $24.80 billion in 2021 and is expected to reach USD $26.89 billion in 2022.[1] With a revenue of more than USD $19 billion in Japan, anime is experiencing an unprecedented rise in popularity overseas, with a contributing role to its record sales. Both Catheon Gaming and CyberStep recognize the unprecedented rise in popularity overseas and the industry’s long-term appeal.

The growth in global popularity is fueled by the availability of anime content on streaming platforms such as Netflix, in emerging entertainment markets, and in core P2E gaming markets. Half of Netflix’s 222 million worldwide subscribers watched “some” anime on the platform in 2021, and the time spent watching anime increased by 20% globally according to Netflix anime head Kohei Obara.

William Wu, CEO, Catheon Gaming commented: “The popularity of anime has been rising significantly in recent years. Anime has been big in Japan for over seven or eight decades, but in recent years, its popularity has been growing internationally. Catheon Gaming is delighted to be partnering with CyberStep to capitalize on this trend and put a spotlight on anime in the form of blockchain gaming. Our fundamental core principle is entertainment first, and we will continue to build a gaming ecosystem around this”.

Rui Sato, President & CEO, CyberStep said: “Since its inception, CyberStep has established a solid foundation for its services in North America, Asia, and Japan by eagerly expanding overseas. CyberStep was one of the first game developers to publish Free to Play games in Asia and has served over 60 million users worldwide. Our mission is to develop and deliver entertainment through innovation and we are very excited to enter the NFT Game market with Catheon Gaming. We hope that everyone will enjoy our brand new anime-based NFT Game.“

We will allow eligible existing players who are registered in our Cosmic Break database to apply to claim the tokens. A link for the application will be posted on the official cosmicbreak.io website. All token claims will be only effective under certain qualifying pre-conditions. These pre-conditions stipulate that existing players need to engage with our social media content and keep up to date with the latest progress of our game development and operation. We encourage all qualified players to complete these pre-conditions at the earliest timing to join our social community.

·   Proof of all of the above has been shared in the respective Discord servers.

Find out more about the initiative on the website: cosmicbreak.io